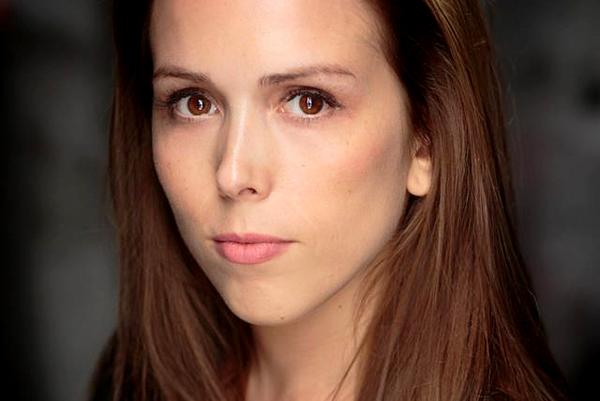 Francesca Louise White has been performing in a variety of disciplines since she could walk. From Ballet to Piano to Figure Skating now to Acting itself, She has always been on stage, creating and/or performing to and for an audience. Her nan actually performed in pantomimes and am-dram! She didn’t know it was what she wanted to pursue as a career for a long while however, as she loved Marine Biology and Languages and a few different things. Francesca Louise White enjoys learning and pursuing new subjects. It is one of the greatest aspects of acting – different roles require different research and training, She gets to consistently learn new things! Best of all the worlds.

indieactivity: Did you study acting?
Francesca Louise White: I took extra-curricular Trinity and LAMDA acting classes and exams for a good many years, then I took Drama through GCSE and A-Level. I received my BA (Hons) Drama degree after three years at Exeter University. Then I crossed the pond to LA and studied Acting in a course at the American Academy of Dramatic Arts and jumped around a few different schools including The Groundlings to study improvisational comedy which is a big thing in the States.

indieactivity: What acting technique do you use?
Francesca Louise White: I am a big Stanislavski Lover though I don’t solidly stick to any one technique – I use bits from various ones. You never know what your scene partner favours: Meisner to Brecht to Ivana Chubbuck to Method, nor which will be the most appropriate for the role you’re playing. I have an ‘Acting Toolbox’ as it were, with various bits from different methods and techniques that I play with and utilize when needed. I don’t think it’s a good idea to rigidly stick to just one.

I do regularly use sense memory and emotional transference when preparing. Actioning, objectives, obstacles, super objectives to break down the script, then using my previous experiences and emotions from those experiences to help me understand and access what the character is going through in each of those moments.

indieactivity: Do you take courses to improve you craft?
Francesca Louise White: Yes, I regularly still take lessons and workshops. I train at the Actors Centre in London and the Actor’s Guild UK. Spotlight actually offer some great classes too. There are definite highs and lulls in the business and I want to keep my skills fresh and ready. 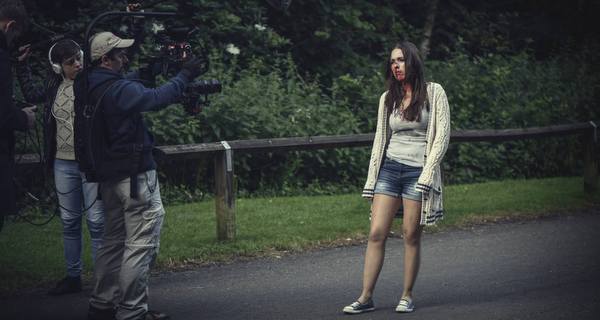 indieactivity: How do you keep fit as an actor: mentally & physically?
Francesca Louise White: I train in martial art Jeet Kune Do, I take Pilates and Yoga lessons and Zumba classes. These help me mentally as well as physically, especially pilates and yoga; the meditation and focus on breathing. It always helps to turn off my phone and get away from the pressure of career/always having to be available with a good hour or two of working out.

indieactivity: How do you prepare for a role? How do you create character?
Francesca Louise White: I LOVE reading and highlighting a new script/role! I start with breaking down the script using my trusty ‘Actions: Actors Thesaurus’ into actions, beats, objectives etc. I use this to influence and I am also obviously in turn influenced by my character history. I do a lot of research into the character whether that’s because of their career, something like a specific mental illness or a key hobby/pursuit or experience and try to speak to real people with experience of this.

The internet is a wonderful thing and I’ve found a lot of articles discussing the ‘why’ of many pursuits/careers/otherwise. I think of similar experiences I’ve had and try to understand their perspective no matter the choice; even if they’re the ‘baddy’ as it were. I speak with the Director and Scriptwriter, get the full impression of how they see the character and make sure mine aligns. I enjoy rehearsing and do so whenever possible, though sometimes on short films or films shooting immediately that’s difficult. I have used Skype to rehearse on several projects but it’s not quite as good as actually being in the room with your scene partner and/or the director. Needs must! 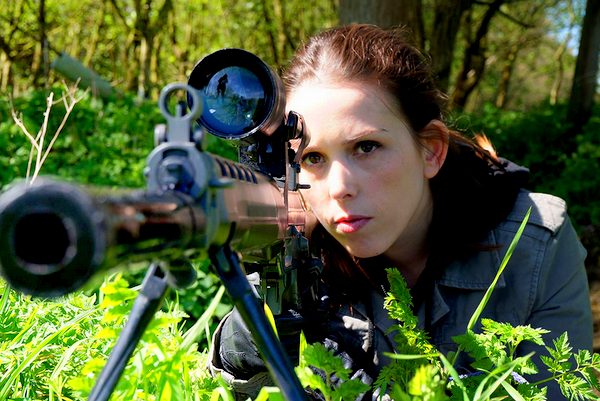 indieactivity: How do you stay fresh on a production set?
Francesca Louise White: I enjoy reading in between takes, for one thing you often have to keep quiet on set so as not to be heard by the soundman and for another it helps you take a mental break which is particularly necessary if it’s an intense emotionally and/or physically draining scene. I also eat very careful so as to keep my energy up – little but often and nothing to ‘stodgy’ nor anything which could make you drowsy.

indieactivity: Explain one creative choice you took on a production set?
Francesca Louise White: SPOILERS BEWARE! I recently worked on a film called ‘Between The Divide’ by Al Railton in which my character suffers from multiple personality disorder and who had just suffered a lot of trauma including the death of her child. I did a lot of research in to just how that would affect someone with the mental illness in real life and found in depth article written by the male of a couple in which both people suffer from mental illnesses.

From the impact even just getting pregnant would have on the woman… not being able to take medication for fear of hurting the baby inside her, to having a particularly bad ‘episode’ and having to stay in a purpose built care centre to recover and have help looking after the new baby and how that in turn negatively affected the man. The Director Al Railton employed a lot of improvisational scenarios with the two actors playing those alternate personalities. One personality played by Rayanna Dibs was the side of her which my character Eve hated as she represented all she disliked and wished she could ‘improve’ about herself; anxiety, weakness, addiction, failure. 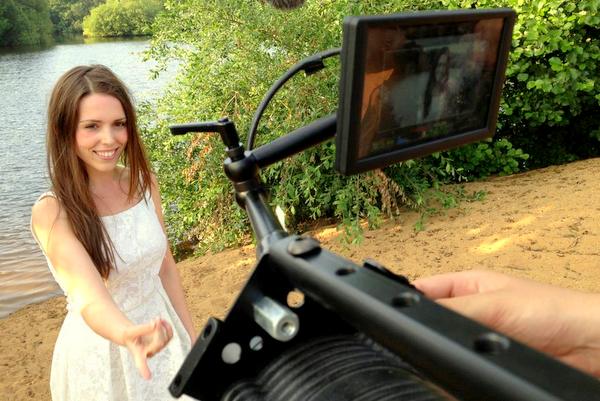 The other character played by Mark Wisdom was seductive, strong, and in control. In the improvised scenarios I felt a pull towards each which was constantly changing and fluid depending on whatever was happening in Eve’s life. It made me highly aware just how difficult making difficult decision and dealing with trauma, like that which Eve goes through, would be especially without outside help nor medication. For each of the scenes we actually shot I made a creative choice to actively ‘balance’ the other character, each of my creative choices for the lines and the actions were based entirely on the other actor’s choices and emotions.

indieactivity: Describe a memorable character you played?
Francesca Louise White: I’m not allowed to say too much as it hasn’t been released it but: the enigmatic and shape-shifting The Lady in upcoming series ‘The Seeing’ Directed by Aoife O’Kelly and created by Peter Slucock, produced by Maxine de Vere. She was my favourite character to play so far as she’s so different to anything else I’ve played physically, I really got to ‘play’ and my costume is, I must say, AWESOME. I really hope this series gets picked up, the material and everyone involved deserves it and I know people would enjoy it. I loved every minute of shooting the pilot.

indieactivity: What do you want from a director?
Francesca Louise White: Hmm… trust in my instincts for the character. But, also to be challenged to consider things about the role I haven’t yet. A good director makes a heck of a difference on a role. It’s easy to get caught up but an outside eye who also knows the character well – possibly even better than I do as the actor – is extremely useful; everyone has different experiences that affect how they see and interpret events, reactions and choices and a Director who can open your eyes to alternate choices you’ve not thought of is definitely something I want. 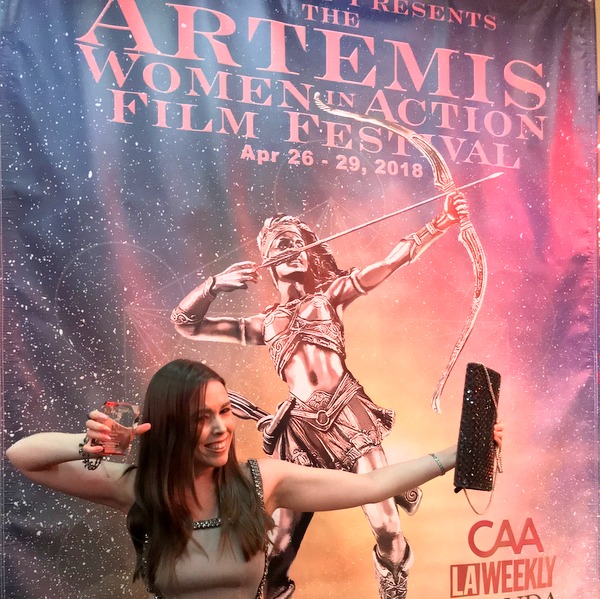 indieactivity: What actor do you long to work with?
Francesca Louise White: Emma Thompson. Though Gary Oldman is a close second!

indieactivity: Why?
Francesca Louise White: She’s consistently brilliant and enjoyable to watch. Every interview I’ve ever seen of her makes her appear intelligent and, simply, someone I’d love to act with and learn from.

indieactivity: What advice would you give actors?
Francesca Louise White: Keep going. You never know what will happen, even in the next couple of hours. Take care of yourself and have a rest if needed – everyone needs one occasionally – but don’t doing stop completely. You only have one life. Live it doing what you want most. Oh and – though it’s almost impossible – do your best not to compare yourself to others. It’s SO hard especially what with social media making everything look better than it necessarily is in reality, and the sacrifices and the hard work it’s taken. But it only does you a disservice and makes you question yourself.

indieactivity: Briefly write about your career?
Francesca Louise White: I’ve worked in about thirty independent films, tv pilots, webseries and stage productions at this point as well as a variety of commercial projects. The genres and roles have been, fortunately, varied from: Sarah in rom-com feature ‘What Goes Up’ by Matt Gambell for GSProductions, to Kimberley Hadden in sci-fi thriller feature ‘Fractured Minds’ by Alan Mallyon for 2025 films, to Gemma Carter in upcoming thriller feature ‘King of Crime’ directed by Matt Gambell, written and produced by Linda and Peter Dunscombe for Springbean and Buster Boo Productions, which stars Claire King of ‘Coronation Street’ and Mark Wingett of ‘Quadrophenia’ and features Nicholas Brendon of ‘Buffy The Vampire Slayer with a limited cinematic release this September. 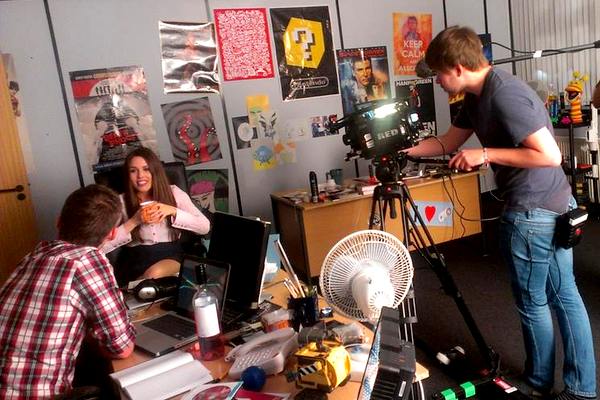 From Cleo in action comedy short ‘Dead Meet’ by Daniel J. Brant for Enborne River, to Nina in sci-fi ‘A Welcoming Place’ by Sam Saffold for Youtube/Vice, to Karen in horror short ‘Monsters In The Dark’ by Luke Mordue for Mordue Pictures. I’ve been extremely lucky to win a few acting awards internationally this year for both ‘Dead Meet’ and ‘Between The Divide’. I intend to keep working away until I’m old and grey.

George Russell director of ‘Troll Inc.’ on his documentary film

Start your stunt-filled MX Nitro: Unleashed career right with these 5...