Director Charles Williams‘ Palme d’Or winning film All These Creatures shares the important story of a family dealing with mental illness and a son trying to understand it, This topical film won the Oscar-qualifying Cannes Film Festival, only the third Australian film in history to take the prize, as well as the Oscar-qualifying Melbourne International Film Festival and is continuing its successful festival run with North American premiere at TIFF followed by a UK premiere at Raindance.

An adolescent boy attempts to untangle his memories of a mysterious infestation, the unravelling of his father, and the little creatures inside us all.

Williams took the unusual approach of casting without bias toward race or gender, searching through some 400 young boys and girls to find the right soul to inhabit the complex lead role and then rewriting the film around it. When he uncovered twelve year old Yared Scott, who has Ethiopian Australian heritage, Williams took on four advisors from the local Ethiopian Australian community to ensure the story’s depiction was accurate and sensitive to their culture.

The diverse cast also includes Mandela Mathia who portrays the father in the story. Mandela was a refugee to Australia in 2009 and has now graduated NIDA, the country’s most prestigious acting school and brings an incredible depth and empathy to the volatile role.

Growing up in an impoverished environment where issues like mental illness were at the forefront of his experience, Williams says he has always been drawn to the issue of how we separate the person from the illness, and the illness from ourselves.

“With All These Creatures I wanted to immerse an audience in this story of someone trying to understand a parent and the damage caused – were they ‘bad’ or ill or a victim themselves – and, in the process, questioning their own potentially unreliable experience of the world. Even if there are tragic consequences, can we have compassion for their struggle – and our own?”

Over the past decade Williams’ acclaimed films have screened and won awards at some of the world’s most prestigious film festivals including Claremont-Ferrand, Cannes, SXSW, Telluride and Toronto, he has also twice been nominated for Best Short Fiction Film at Australia’s AACTA Awards. He is currently developing the features Inside and The Buzzard. 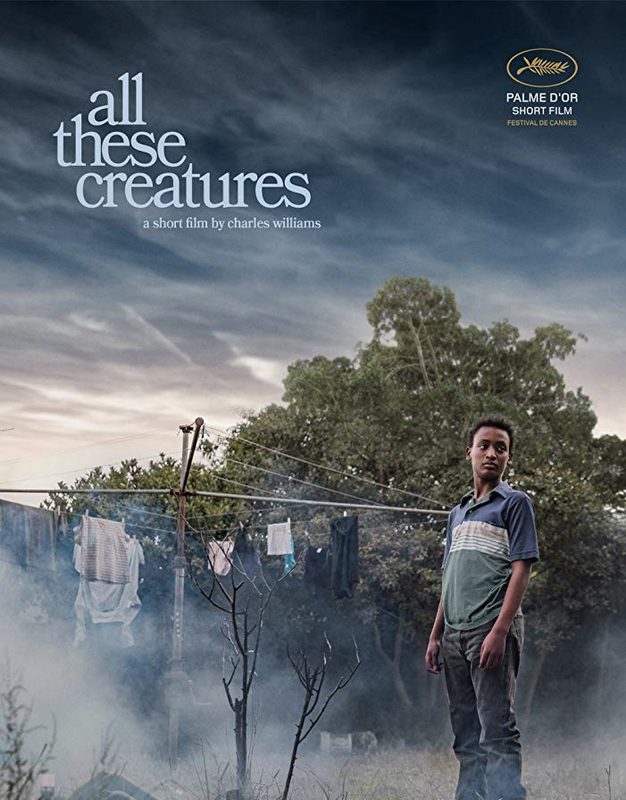 All These Creatures was written and directed by Charles Williams and produced by Williams and Elise Trenorden. The film also features Helen Hailu and Winta and Melody Demessie as Isabella. Chiara Constanza created the beautiful music and the stunning 16mm cinematography by Adric Watson.

Kosta Nikas Writer/Director of “Sacred Heart” breaks down his film

How Joe McReynolds made the grindhouse-esque thriller Inhumanity

The post Charles Williams’ film All These Creatures selected for TIFF appeared first on indieactivity.