A scene from Coyote

indieactivity: Give a background of your personal experience with the story, writing, production and marketing
Ramon Schoch: The most interesting part of COYOTE was that we never worked with a written script. Instead, we drew a lot and created a visual language to work on the story. Having such a fast and good artist as Lorenz, I guess it was the best pre production workflow for this project. In the end the whole production was very nice from start to finish and I had a lot of fun working with the talented team that we had for COYOTE. They all have been totally motivated, doing their best and developing small funny details which we included in the final short. If you have the time to watch COYOTE frame by frame, do it! You will see a lot of interesting stuff.

indieactivity: Did you start with a cast in mind?
Ramon Schoch: It was Lorenz who came to us with the idea. Of course he was hired as the director. The rest of the team was formed with Lorenz’s friends and us.

indieactivity: How long did you take to complete pre production?
Ramon Schoch: Lorenz was working on the story for 2 years before we teamed up. We took another few months to complete the preproduction going back and forth a lot to get the complex story we have now.

indieactivity: When did you form your production company – and what was the original motivation for its formation?
Ramon Schoch: I formed the YK Animation Studio in 2013 together with 3 friends. We really love animation and just wanted to work with it. In the beginning, we started creating some commercials. But after being part of the pre production team of a feature film, we decided to go more and more for short films instead of commercials. That’s how we ended up as a production company.

indieactivity: What was the first project out of the gate?
Ramon Schoch: Our first finished project was ‘In A Nutshell’ with the director Fabio Friedli. The Short Film was a big success on festivals worldwide, which was a huge boost for our motivation to produce more and more animated shorts.

indieactivity: During production, what scene (that made the cut) was the hardest to shoot?
Ramon Schoch: There was not ‘the hardest scene’. We had some difficult shot’s which we managed with ideas of the whole team. It was lovely to have a very flat hierarchy and get everyone involved. Of course the YK Animation Studio and Lorenz as the director always had to make the final decision, but we really worked as a team.

indieactivity: What works better in this latest production that mightn’t have worked so well in the last one you did?
Ramon Schoch: Well, COYOTE is a hand drawn animation film. The whole workflow was totally different compared to In a Nutshell. Most important thing is to have a production without any big problems and of course the whole team should have fun creating the best they can. This was the case in all the productions we did until now. 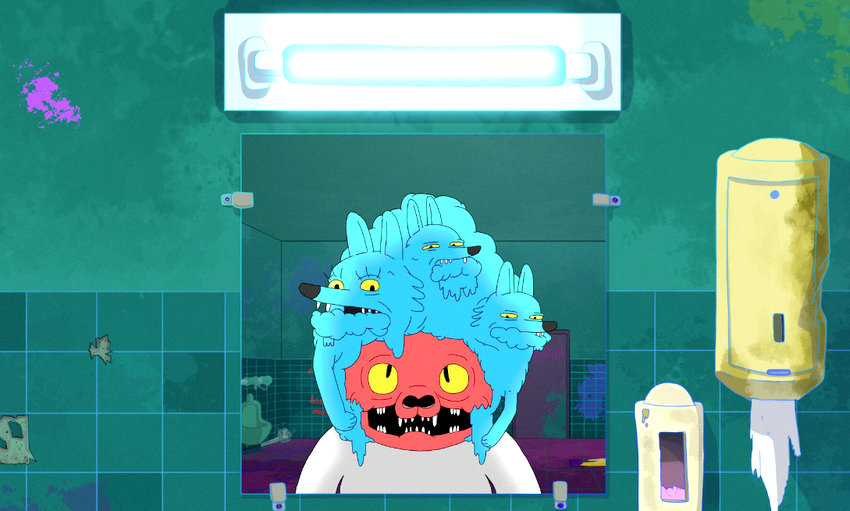 indieactivity: Where does your strength as a producer lie?
Ramon Schoch: All founders of YK Animation Studio have studied animation and have done every step you need for a short film. In the beginning, we were all all-rounders, which gives us a good knowledge in production. And we do have a talented pool of freelancer, that’s why we can guarantee a professional quality in every project.

indieactivity: Let’s talk finance, How did you finance the film?
Ramon Schoch: In COYOTE there is some violence and blood, for which it was sometimes difficult to get money. In Switzerland we are pleased with some very good film foundations, but there are not many films like COYOTE. Yes, we had some problems and had to go back to rewrite parts of the story before we could finance the entire animation. But in the end, everyone who helped us is pretty happy to see the final result.

indieactivity: How much did you go over budget? How did you manage it?
Ramon Schoch: In some step during animation we decided to go with a style which took us more time then expected. That’s why we needed more budget and had to stop the production before sound design and post production and went back to get new money. But having already the finished animation, we could show the investors quite a good feeling how COYOTE would look and feel in the end.

indieactivity: How important is marketing? Do you think a project can make any dent without it these days?
Ramon Schoch: It really helps to have your film at some big festivals. This will give you a basic interest and makes marketing much more easy. But without it, nobody would see your film. There are so much short films out there nowadays, it’s really hard to get the attention.

indieactivity: Tell us about the marketing activities on the project – and how it’s gone for you?
Ramon Schoch: We’ve been lucky to have our international premiere at the Berlinale Shorts. With such a well-known festival and after winning the Aspen Shortsfest and the Go Short Nijmegen, we’ve got a solid base of interest since the beginning which made marketing much more easy.

indieactivity: What do you hope audiences get from your film?
Ramon Schoch: The audience will understand how people can become sorrowful, crazy and obsessed with violence. And if revenge is the way to deal with the loss, revenge can also lead to a circle of revenge and violence that may never end. Although the topic could be taken seriously, I think that the audience at the end of the short film will not be morally insecure. As Lorenz would say, COYOTE should be trippy, inspiring and entertaining.

indieactivity: What else have you got in the works?
Ramon Schoch: We’ve just finished ‘Laugh Lines’ with the director Patricia Wenger. A totally different film then COYOTE, about friendship. It will have the International Premiere at the Warsaw Film Festival this October. Hope to see you there! And we are already working on new projects. Actually we have 4 shorts in the pipeline.

Players’ Choice: Vote for the best new game of May 2020

Welcome to the new and improved PlayStation.Blog