We’re little more than a month away from the release of Kingdom Hearts III! The hotly-anticipated return of Sora, Donald and Goofy as the three friends team up with iconic Disney and Pixar characters in an attempt to defeat the darkness and save the universe.

The PS4 Pro is furnished with an intricate patterning that features the Kingdom Hearts emblem and features a leather-texture finish. The matching gloss black Dualshock 4 controller includes ornate detailing on the touchpad. Check them out below!

Of course this bundle wouldn’t be complete without a copy of Kingdom Hearts III, and the PS4 Pro bundle comes with the Deluxe edition of the game, featuring an exclusive Sora pin, steelbook and full-colour hardback artbook.

So enjoy the action-packed return of the fan-favourite action adventure with the special PS4 Pro and enjoy the experience of Kingdom Hearts III with sharper resolution*. 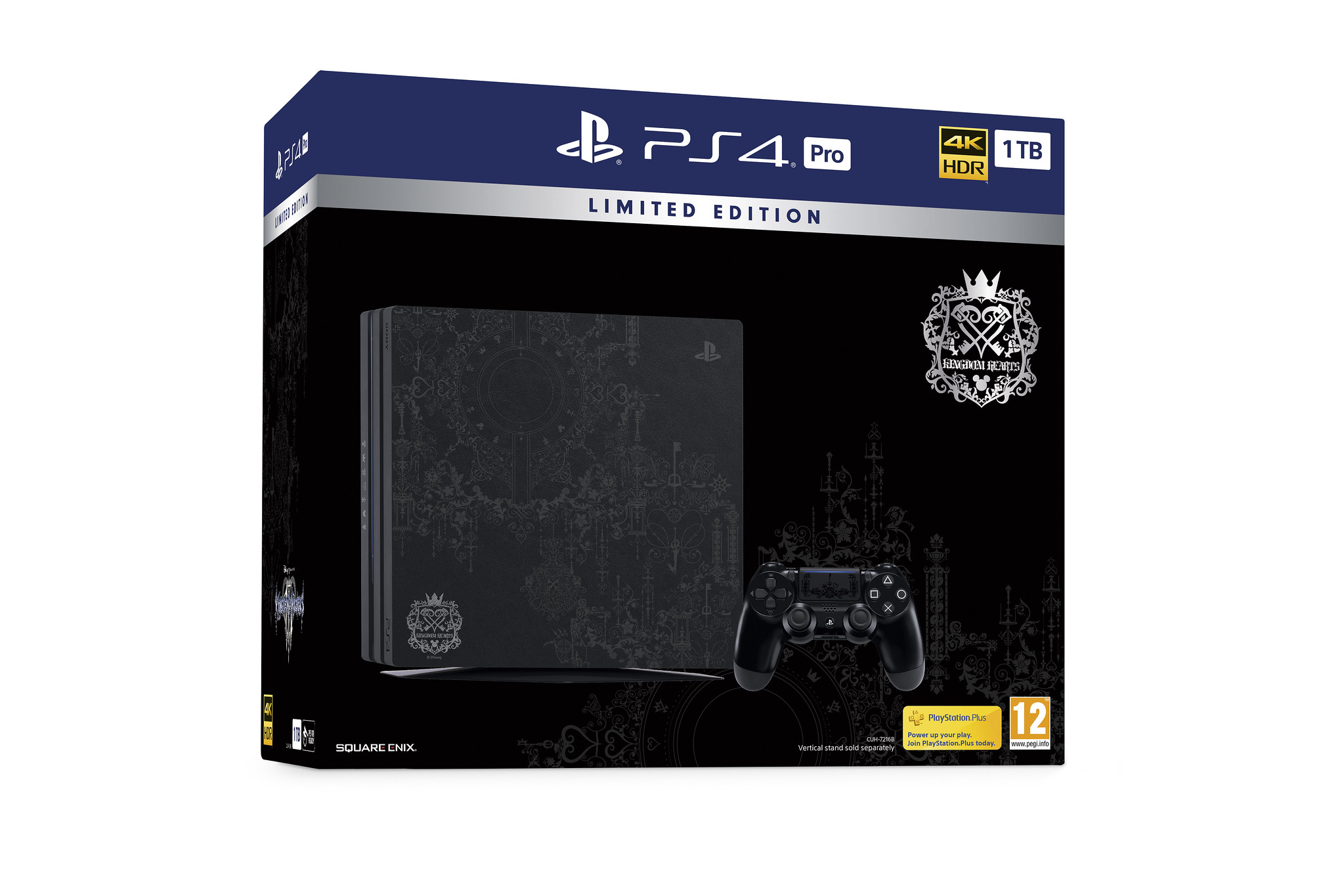 What world or character are you most excited to see in the game? Let us know in the comments below.