A year has passed since we made our first appearance at Paris Game Week 2017. It has been a very busy 12 months for us trying to complete the game and I am happy to say that we have finally reached the point of completion and are preparing for launch on 22nd January.

Looking back at what the game was a year ago, we can see a lot of progress made and even more from the very first version of the game. I wanted to share some thoughts about the overall progress we made since we first started with the game and how we have progressed.

When we first started development we had a simple idea for a game where a slow-motion mechanic would play a big role. We also wanted to make a game with a lot of gun action in it.

So we began testing different ideas. Our first prototype of the game was made in a 2D engine using simple 2D graphics. The game worked quite well at this stage but we thought that the genre and theme we were aiming for would benefit from using a 3D engine instead. Creating chaotic gunfights seemed much easier in a 3D environment. 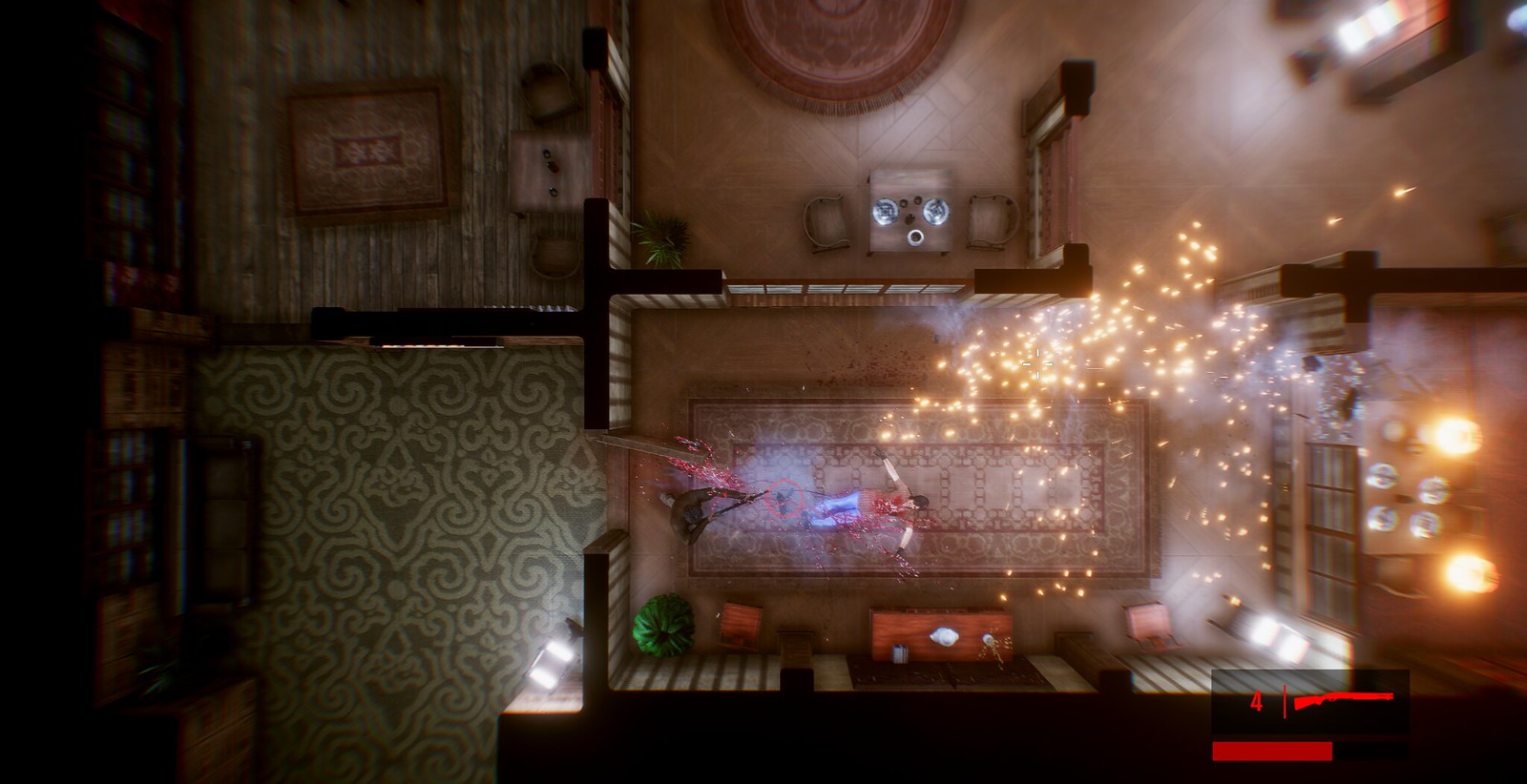 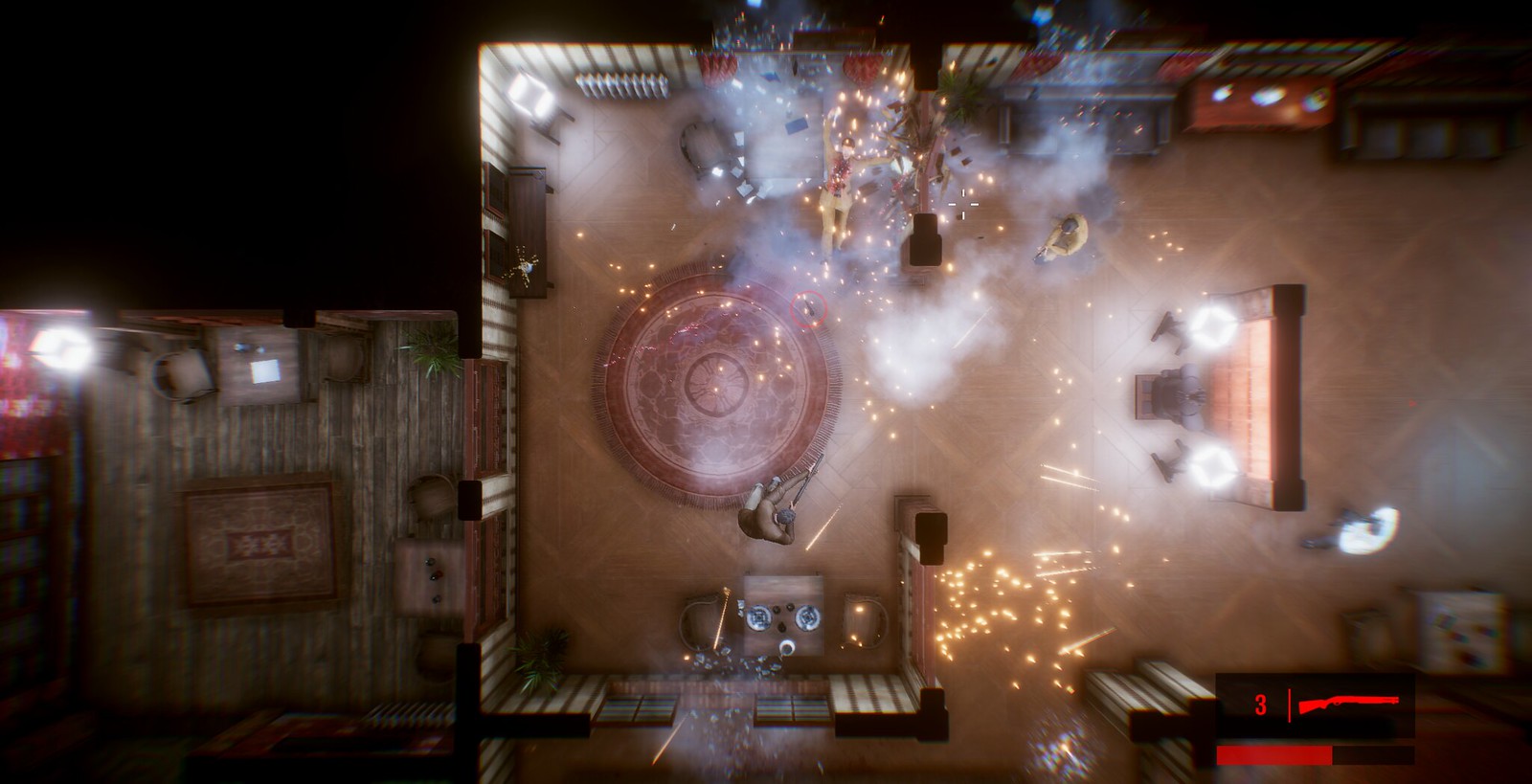 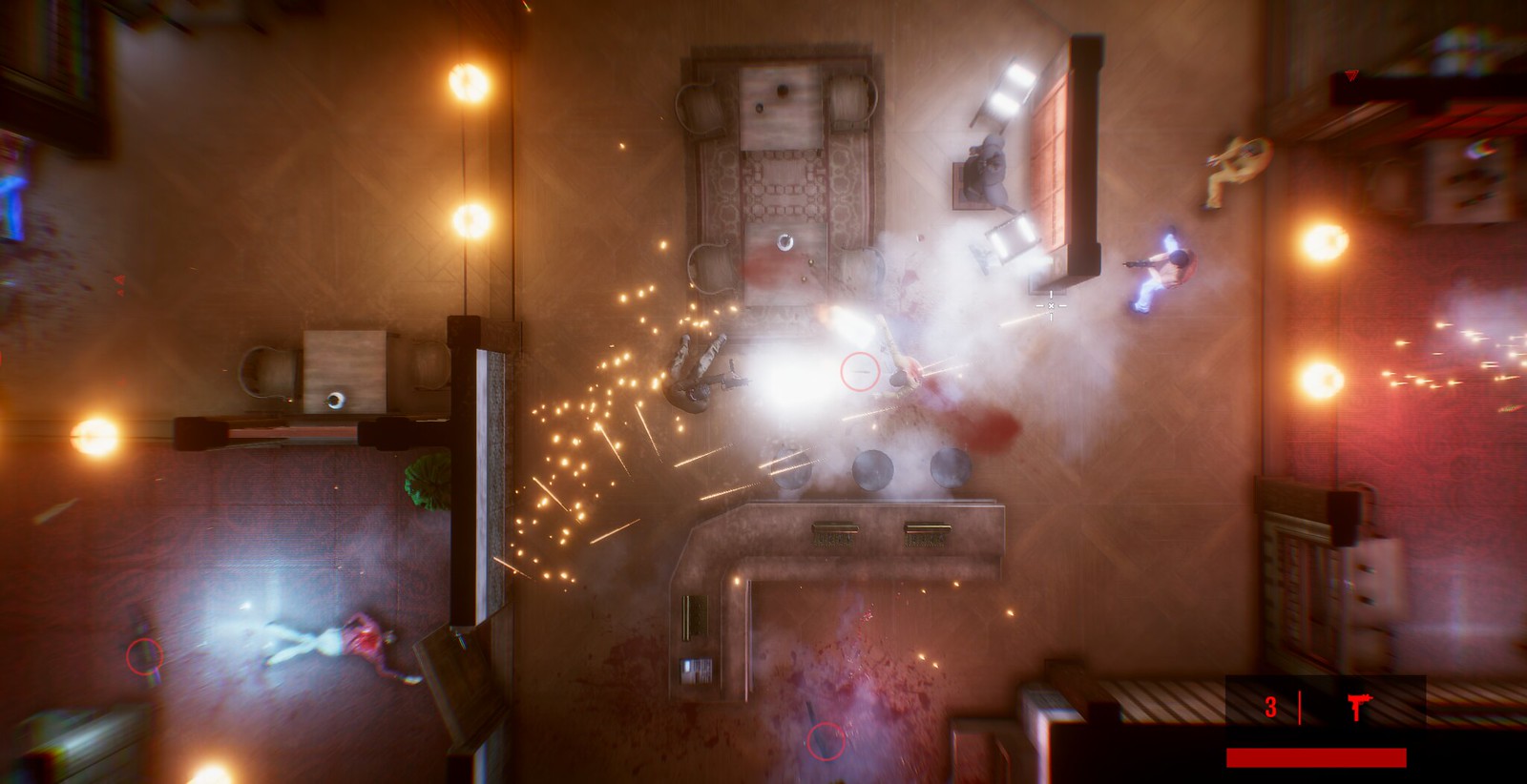 So after a couple of weeks of testing out the game in a 3D engine, we decided to take the leap towards the big 3D world and start over from scratch. The benefits would be a more immersive world using destructions and physics to help simulate the chaotic nature of the gunfights that we aimed for.

Switching to 3D meant that the development would become more advanced and time consuming – now we needed 3D models, motion-capture animations and high resolution textures. Our first tests were quite simple. We quickly prototyped and implemented the basic mechanics of the game, such as slow-motion and gunplay. Combined with real physics, ragdolls and destruction, we knew that switching to 3D was the right choice for the game and I really think it paid off in the end.

Once we had our basic mechanics, we started to experiment with additional features and ideas. We knew we wanted to have some sort of dive/dodge mechanic similar to the Max Payne games. This would work together with the slow-motion and help the player to survive the intense battles. We tested many different versions of the mechanic until we decided to go with the current one. 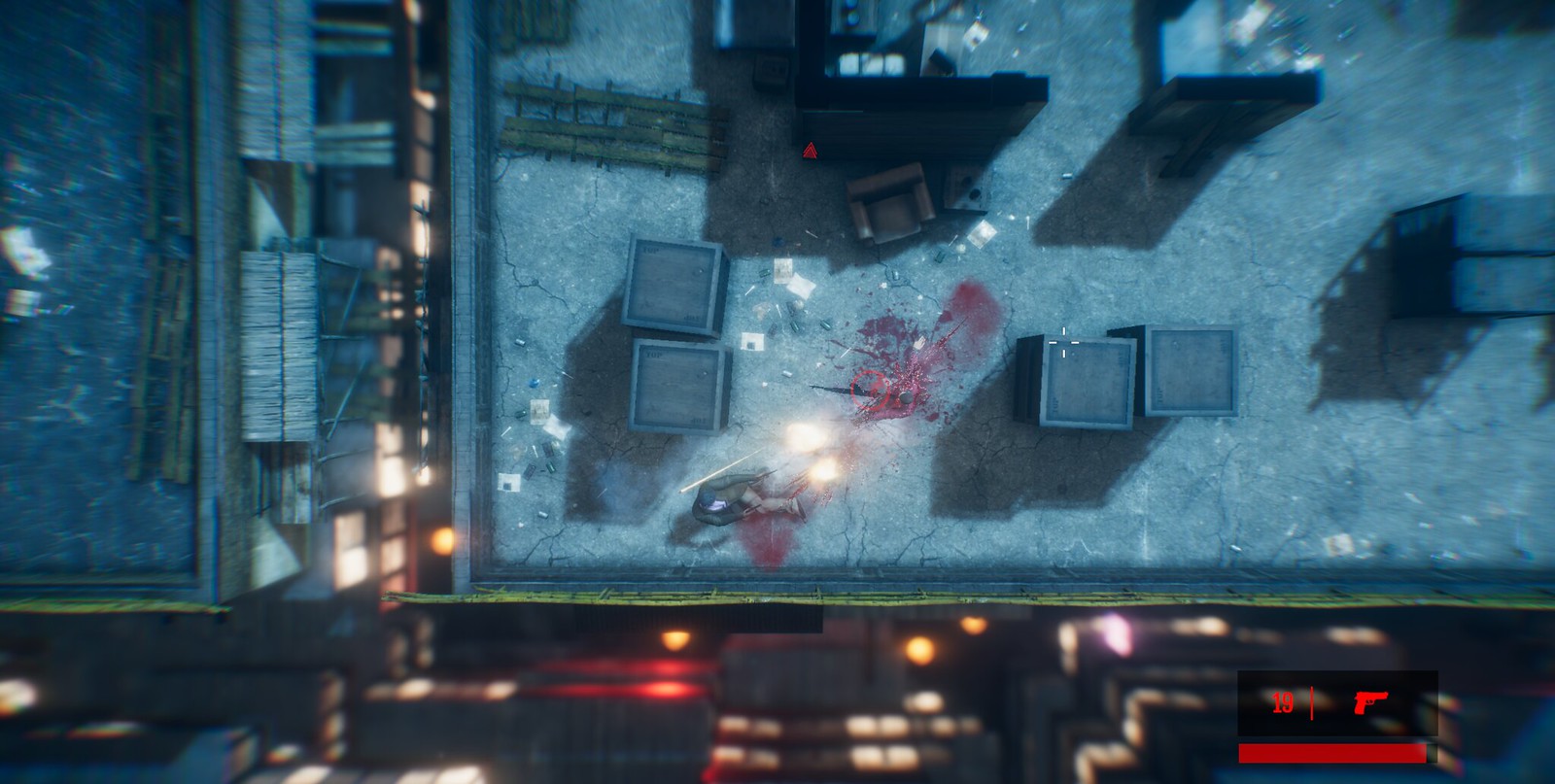 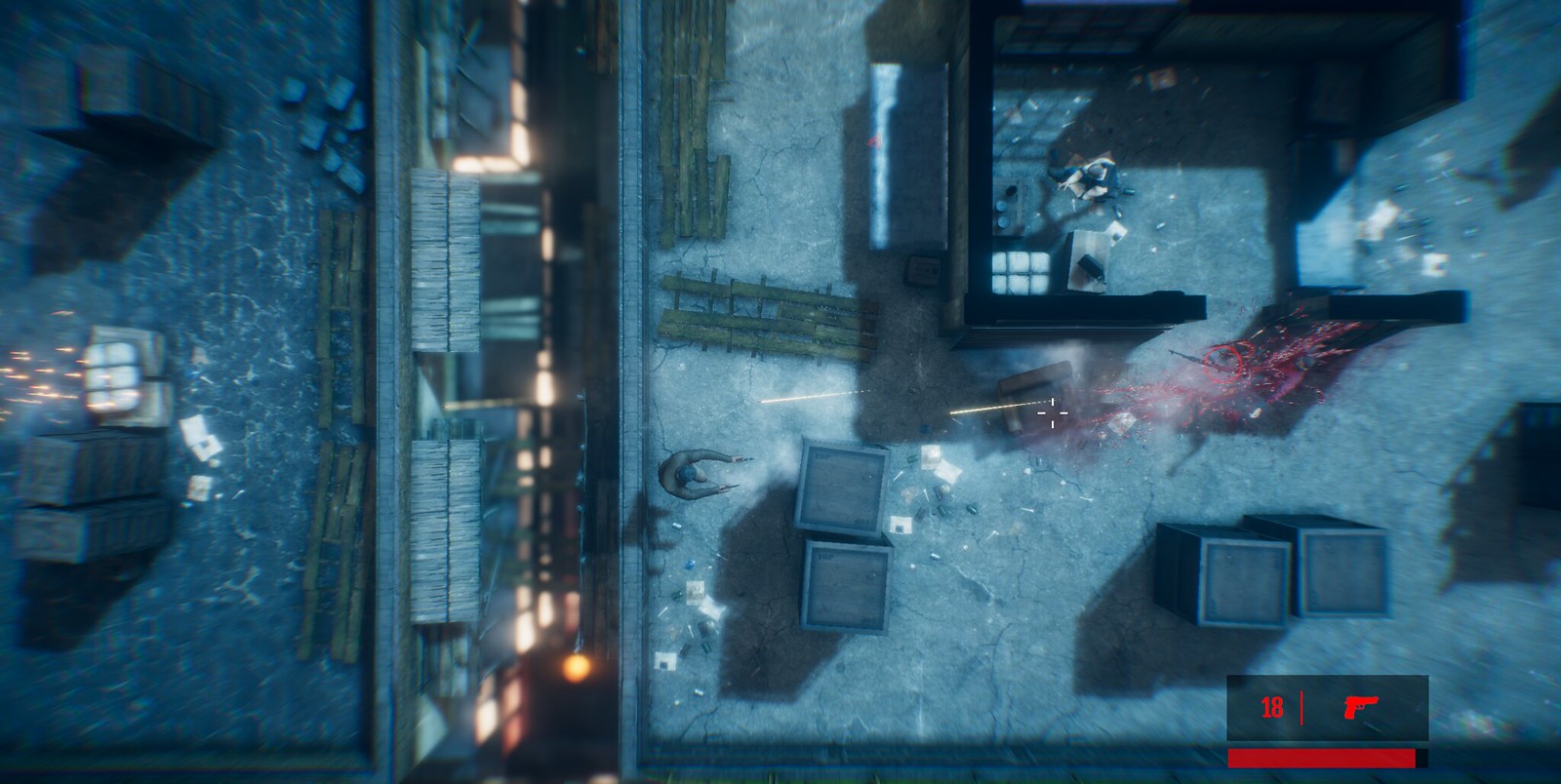 A major part of the game-feel was going to rely on visual effects. We truly wanted to capture the chaotic feel of a gun battle and the style of the game really begged for a lot of over the top effects. Early on in the development we implemented most of the basics for the visual effects with this in mind. A lot of smoke, sparks and big muzzle flashes would build the foundation for the overall style and feel of the game. Visual effects also plays a big role in giving the gunplay that satisfying feel that we want the player to have.

With all the different pieces put together we are excited to finally release our game on 22nd January. We hope that you will enjoy the game as much as we enjoyed making it. Thanks.