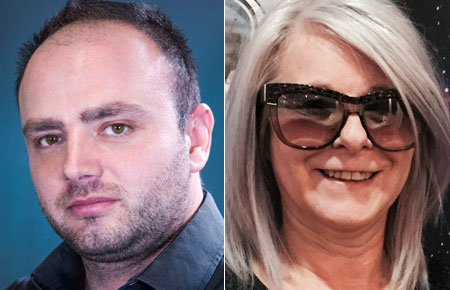 Less than two years after establishing Evolutionary Films, CEO John Adams and the team are geared to the next step – producing higher budgets films needed for the marketplace. Adams appointed Ildi Toth Davy as executive vice president, sales and acquisitions to enable him to concentrate on production. John Adams said: “I’m delighted to welcome Ildi to Evolutionary Films who is with us at the Cannes market and hopefully beyond. We’ve recently been expanding our sales arm with the acquisition of a number of new titles and her appointment is a strong signal to the marketplace that we’re serious about establishing a truly global sales agency alongside our production department.”

Ildi Toth Davy remarked: “This is a very exciting time to be working with Evolutionary. In addition to their current slate which includes The Carrier and Beatles documentary Get Back we will be presenting Aux, and Shed of the Dead as well as introducing The Originals, an SAS bio pic, and Diva. I am delighted to be at Cannes working with the amazing team of John, Diane (Shorthouse) and Ross (Boyask).”

Evolutionary Films has been steadily growing the sales arm of its activities since launching in Berlin at the start of 2015. The company represents a strong catalogue of commercial features with a focus on smart genre content, as well as a slate of its own production projects now starting to deliver, headed by the action thriller Aux starring John Rhys-Davies currently in post-production.

The company is heavily represented at the 2016 Marché du Film with Davy and Boyask selling from their booth in the Riviera D12 and holding production meetings on their slate of development projects with head of production Shorthouse and CEO Adams.

About Ildi Toth Davy
As well as establishing her own boutique film sales company Altadena Films, Davy has worked for independents First Look and as SVP sales and acquisitions for Odin’s Eye. The seasoned sales executive has worked at Warner Brothers and Disney, on films such as First Blood, the first in the Rambo series, and other international sales projects including Able Gance’s Napoleon, Terminator, Platoon, Metropolitan, and Maniac Cop.

About Evolutionary Films
Evolutionary Films is a London-based production and international sales company, actively engaged in co-production on a number of high quality film and television projects, and has a slate of in-house features in various stages of development and production financed internally. Evolutionary represents a strong catalogue of completed titles for international sales and attends all the major film markets around the world including Berlin, Cannes, and Los Angeles.